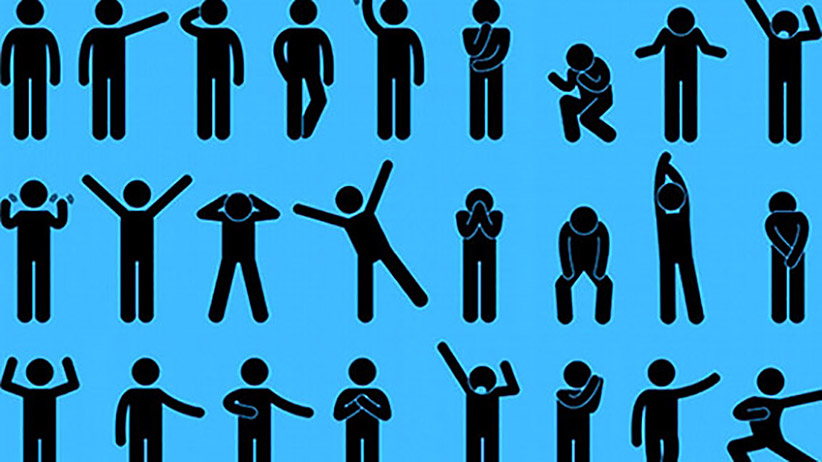 Everyday life and communication between colleagues have been changing a lot. Five years ago, a meeting was an event when I need to gather my computer and go to a meeting room or travel to a customer premises. Today a meeting is that I just grab a coffee, shut down music, clear desktop and click Skype link. It is easier to distract but it is much easier to not to really listen what the other person is telling. We are lacking the non-verbal communication which usually is 90% of the communication. Can this be replaced during online meetings? 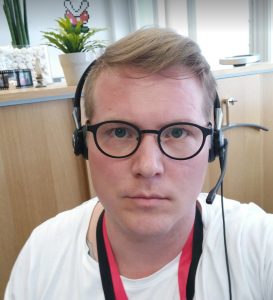 , what I forgot to mention is to put a headset on. I wear it always during the day. When leaving my spot, I have sometimes almost drag my computer with me because I don’t have wireless headset. I’m so used to it. This is the office life today. It might scare for extrovert people or juniors entering the industry. After a while people gets used to it. It really gives freedom to work from anywhere and anytime. But how is the people to people interaction?

People in the offices doing work together via Internet is called a virtual team. They don’t have the same geographical location. Usually the team can consist of people in different countries all around the world. These people might never meat each other. How they can interact and be creative together when the biggest part of the communication is missing? When working multiple months or even years you get known to the other persons and their voices and habits. Usually it takes a long time and many conflicts. More than when meeting in the same room.

Working in the same office and having the meetings locally will balance the difference between peoples’ personalities. The annoying guy might turn into a good fellow after one conflict or recreation day together. It is because the non-verbal communication which makes us friendlier to each other. If we are threating or offending someone we can see it on their face or overall being. This does not happen through the microphone and shared desktop. We might hear some tightness in the voice but it is never the same as straight visual contact and ability to touch each other – just ability.

It does not have to be so that we cannot get known to each other without real connect. IRC and many different Internet medias since has shown to the world that it is possible to create feelings toward another human without real contact. It needs more than the communication about the work stuff. It needs the usage of the World Wide Web and all different gadgets and most of all – your input which do not relate to the work. I realized that five years ago and just couple weeks ago realized that I do it automatically – and sometimes even intentionally.

I was having a project team between different cities in Finland at old workplace. The Art Director (AD) was very extrovert and artistic. I’m a deep introvert at least for my work role. We were in a conflict many times. Couple times even our team leader needed to stop our email threads or discussions. I went to my father who is consultant for management and people. I asked what do I do wrong, I discuss the work stuff and follow every rule. The other guy does not and I’m correct but still we get into a conflict. “Son, as we have talked different people personalities and you are very good with those. Now the connection without real contact is regressing you 10 years. Easy fix is to use couple minutes of an online meeting to discuss anything else than work.”

I figured out that this almost double my age artistic nice man had also motorcycle. I get to known how many children he had. But most of all, all the conflict in our work disappeared. I did more work that did not belong to me. The AD did even some coding. How simple is that. Share a piece who you are and listen the other. I have been doing that since I have had online meetings.

When starting a project with a unfamiliar person, I ask him to do the EgoSwot personality test and share results. I share mine also. Then I introduce myself and use time to tell who am I and where I come from. As the project goes on I ask him to be my Facebook friend. Occasionally send some pictures of my life and tell jokes – usually Fridays there might be some memes in the email. This takes us closer together and replaces some part of the non-verbal communication that glues people together.

Many people say that they don’t want to have their colleagues in the social media – it is too personal. Yes, you are very correct. That is personal as much as the farting colleague in the meetings who bites his nails. Or the colleague that you always must ask not to look the computer during the meeting. We need to replace the original personal stuff with the virtual personal stuff. If we want to get known to each other.

I work with Indians and at start understanding them was bit difficult. I had to look the person icon to recognize who is talking. Nowadays I now their names, voices, hobbies and all the stuff they have decided to share with me in the meetings or in social media. They are my work mates and I do not know if I never see them. But I do my best to be as human as I can in my role of project. I’m an introvert and more likely choose the only-data communication but after two years of working in a virtual team. I feel like belonging to this team. Even with my project manager who is from Tampere.

Ps. It does not need much to do. Using some time in the beginning of the meetings telling about our day or hobby might give you a pleasant online meeting. There could be very hard things to discuss. There is a need to make things bit softer. Normal meetings have usually an ice breaker. We need to start develop ice breakers to online meetings. The world is evolving and the rules have changed – so should we.

Theme by Anders Noren — Up ↑